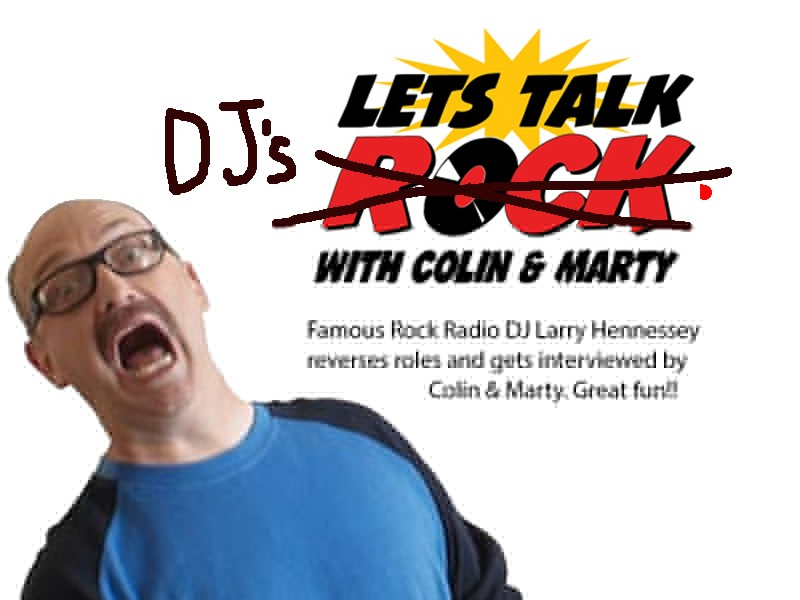 This Show Sponsored By AJ’s Electrical and Regenerator Records

Lets Talk Rock with Colin and Marty interview famous rock radio DJ, Larry Hennessey from the popular duo known as Larry and Willie from Jack FM. Larry is now with LG104 and is also co-owner of Regenerator Records.

For the first time on CD, the complete collection of Terry Jacks hits, all digitally re-mastered from the original studio tapes. Issued in a Double CD package which includes previously unreleased tracks and is packaged with a rich historical booklet featuring photos from Terry’s extensive personal collection….this CD is sure to be a best seller. Featuring the hit song ‘Seasons in the Sun’ (both English and German versions) along with all of Terry’s personal favorite selections from his career. This release is personally approved and directed by Terry ..he considers it to be the only official digital release of his music.

This site uses Akismet to reduce spam. Learn how your comment data is processed.

Authentic Rock and Roll stories you won't hear anywhere else. Colin and Marty have toured the world with some of the world's top recording artists. You'll hear powerful performances and interviews from rock and roll legends. Discover really RARE records. PLUS! You'll laugh like crazy!